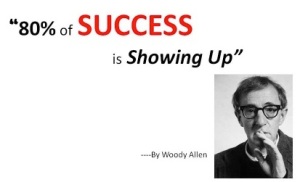 For the last few days, I’ve been oscillating between nearly throwing up and a complete feeling of indifference.  I know I probably won’t sleep well tonight, and I’ll need to get up early to make it to the final starting line on time.  This starting line, however, won’t be like most of the others I’ve made my way to in the past because there will be no friends or family by my side, nor any smiling faces waiting at the finish line.  No, this final starting line will have stern-faced exam proctors and a bunch of my fellow law school grads, who are probably as nervous as I am.  Despite a full two months of preparation, I doubt any of us will feel 100% ready for the challenge we’re about to face.

Today’s recommended task from my prep course included rest and relaxation, and I received an email from them this morning reminding me “that studying for the bar exam is a marathon, not a sprint.”  This latter statement sort of helps explain the logic behind the designated rest day today, as you generally don’t run the day before a marathon.

There’s a definite cross-over between preparing for the bar exam and running, and I hope to show you that there’s a cross-over to life in general as well.  I’m training for my first half marathon in April, and wouldn’t you know that the 2 days before the race are supposed to be “rest days.”  To me, this seems to make more sense than the rest days before an exam because it seems obvious that your body needs to recuperate before you go all-out on race day.  However, I suppose it’s also true that running any distance race will require mental resilience if you’re going to finish.  Perhaps the rest days before a race are as much for your brain as they are for your body.

Maybe, just maybe, it all boils down down to mind over matter.

I’ve dedicated a majority of the last two months to studying for the bar exam, so I should feel like I’m winning the battle and can honestly relax today, but I don’t & I can’t.  I still feel like I’m going to throw up when I think about it.  I feel scared and vulnerable.  I wonder why I’m even doing this to myself.  I begin to doubt myself and maybe even wish I’d never chosen this challenge in the first place, but then I remember the reward, the light at the end of the tunnel, and I reread the closing sentence of the email from my bar prep course:

“So, remain confident in your abilities and remember that you don’t need the highest score.  You simply need to pass.”

Life’s about so much more than just being the best at things.  It’s also about having the courage to accept challenges and then motivating yourself to show up to the starting line every day that you designate as one in which you’ll work towards your goal.  Whether you want to walk a mile, ride a bike, run a marathon, learn yoga, take up photography, or whatever else it might be, I encourage you to go out there and just show up to the starting line you choose.  The rest is relatively easy.